The new research from the Wyss Institute at Harvard University has revealed that every breath generates immune responses against invading viruses. This happens by stretching the tissues while inhaling and relaxing them while exhaling. Using a Human Lung Chip, that replicates the structures and functions of the lung air sac, the research team discovered that applying mechanical forces that mimic breathing motions suppresses influenza virus replication by activating protective innate immune responses. Read more here.

Ukraine is recognized as an attractive location for conducting clinical trials. In April, according to clinicaltrials.gov, there were near 400 studies being conducted in Ukraine. However, due to the continuing war in Ukraine and the sanctions against Russia, drug manufacturers had to stop recruiting patients for existing trials and put the launch of new trials on hold.

Vlad Bogin, MD, the Founder and CEO of Cromos Pharma, cited several factors that have made Ukraine conducive for clinical trials and the difficulties in the relocation of patients in the current dangerous situation. Read the interview here.

A scientific team supported by the US National Institutes of Health developed a 3-D ‘tissue-chip’ model to determine how the drug candidate works in treating rare diseases. Designed to support living human tissues and cells, tissue chips mimic the structure and function of human organs and systems. This research is one of the first examples of scientists using primarily tissue chip data for an FDA Investigational New Drug application, to test the efficacy of a drug candidate in people with rare diseases. The study focuses on the biology of chronic inflammatory demyelinating polyneuropathy and multifocal motor neuropathy, but is also promising in the treatment of other rare diseases in the future. Read more here.

Alpha Brain Waves for the Prediction of Post-Surgery Pain

Alpha brain waves can predict the responses to pain among post-surgery patients. This pattern was traced by the researchers from the Birmingham University. A new technique could allow clinicians to prescribe preventative treatment during surgery, to avoid severe post-operative pain. The alpha waves measured before surgery were able to predict, with 100% accuracy, which patients would report a pain score after surgery, of seven out of ten or higher. Read more here. 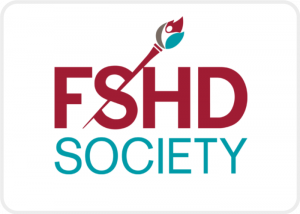 The FSHD Society, in partnership with the FSHD Clinical Trial Research Network (CTRN) and BullFrogAI, works on the improvement of the clinical trial design for facioscapulohumeral muscular dystrophy (FSHD). The new Artificial Intelligence technology helps to evaluate the outcome measures, or combination of measures that are sensitive to changes associated with disease progression. “We hope these studies will help with clinical trial design and patient stratification to accelerate clinical trials for our community”- said FSHD Society chief science officer Jamshid Arjomand. Read more here.

The private, clinical-stage drug discovery and development company Cerevance has announced positive phase 2 trial results for the company’s drug used in treating Parkinson’s disease. The drug fights the symptoms, which people with Parkinson’s disease get despite treatment, by slowing down their frequency. “This new mechanism holds great promise for treating the motor fluctuations eventually experienced by all Parkinson’s disease patients, as well as potential for treating patients in the earlier stages of the disease”- said Karl Kieburtz, President of Clintrex. Read more here.

If you would like to find out more about how Cromos Pharma can support your next projects email bd@cromospharma.com. Serbia – a land of opportunity for clinical research The Not so Rare “Rare” Diseases How To Improve Patient Recruitment in Clinical Trials? Choosing The Right CRO For Your Clinical Trials Biosimilars: US and Europe